How to Get My Older Dog to Accept the New Puppy

While many dogs will accept and welcome a new dog home, some do not take the presence of a new dog in the house so graciously. As such, it is not uncommon to hear or read about older dogs attacking or being hostile to new pups. Thankfully, there is so much you can do to prevent this behavior or stop it if you are currently trying to manage the situation. In this article, I'll discuss some of the steps you can take to encourage your older dog to accept the new puppy.

Before You Bring the New Puppy Home

While some dogs will be hostile to any new addition, most dogs get along with no problem, even though dogs are instinctively protective of their territories. If you are anxious about bringing a new dog home, keep in mind that they may get along without a problem as long as the new pup is submissive and does not try to be dominant. That said, here are some of the ways to get your older dog to accept the new puppy.

You want the first meeting between your adult dog and the new pup to be in a neutral location. This can be the park or even the neighbor's backyard. Any safe place that isn't your home will do. Doing so will help to ensure that your older dog does not feel threatened, fearful, or become protective of the familiar surroundings/hold territorial claims to the area.

Improve bonding by walking them together

One way to help your old dog bond with the new puppy is by walking them together. This way, the dogs bond but understand that you are in charge and will be more inclined to listen and follow you. If they are of similar size, you could even use a leash coupler the first time you walk them together.

Parallel walking is one way you can help the two dogs bond from the first time and discourage hostilities. You can do this by taking both dogs for a walk with a different person holding one of the dogs. However, ensure that the leashes are kept loose, so there is very little chance of causing tension.

Start by picking an area with an open space to do this successfully. Open spaces lessen tension and help prevent hostilities. Allow the dogs to come together to sniff each other's bodies (this is a natural and proper canine greeting etiquette) while ensuring that the leash is loose.

Allow up to ten minutes for this greeting, and while they are at it, call each dog away regularly to offer a treat or toy. This will help keep the mood joyful and prevent tension.

Even if the first meetings were free of hostilities, you still want to ensure that both the pup and the older dog have escape routes or safe houses/rooms.

You can teach your dogs to move away when the other becomes "unbearable" or "annoying" to be around. This can be done by putting a toy or treat in the room and calling out their name. With time, they will learn to retreat into the room and stay away from the other canine when they have had enough of its behavior.

Supervision is still vital at the beginning stages, even if all goes well. Remember, the pup is still young and, as expected, lacking in crucial social skills expected of it by the adult dog. So, you want to try as much as you can to be there to guide the pup correctly and ensure that the peace is maintained regularly. This way, the adult dog knows it is not left to deal with the pup's poor behavior alone, and it is less likely to attack or be violent in any way towards it.

Avoid punishing the puppy and the older dog. Remember that growls are one of the ways your older pooch communicates, and it is not uncommon for the younger dog to miss gentler signals shown by your other dog, forcing the older dog to growl to pass the message across.

Try as much as you can to avoid "correcting" or punishing your dog for growling and instead supervise more and separate them once you find that the growling means that he doesn't want to interact with the young pup or the latter is being a bother to him.

Dogs are teachable, and training your older dog to accept the new pup is also doable. Just like you would teach your dog to lie and sit down, teach it less violent or aggressive behaviors such as ignoring the young puppy when it lies or plays beside it instead of snarling or scowling at it. And when it does this, try to reinforce the behavior with a pat, toy, or a treat.

Watch out for positive signs

There are signs or body language dogs display if they want to be in each other's company or play together. One of such signs is the play bow. During this display or game, the canine's tail goes up, and the head comes down. Another sign of invitation or friendliness is yawning. When dogs yawn, it often indicates that they are no threat and that the other dog can feel comfortable around it.

Other signs such as barking, growling, and whining can be used during play or threats, so it is best to closely observe the dog in question to know exactly what it is trying to tell you by the behavior.

Canines can also lick the other dog's mouth and face and roll on the back as a sign of submission. The younger dog/puppy usually does this, and when it happens, it is its way of letting the older dog know that it is submissive and not a threat.

Make the process as delightful as possible

Both your older dog and the new puppy will enjoy lots of exercise and games. Plan as many of those as you can, and once they begin the playful interaction, you can leave them alone to be with each other.

Get similar dogs if possible

Dogs have different temperaments, which sometimes depend on their breed type. High energy dogs such as the GSD may not be ideal matches for a smaller dog such as the French bulldog. Put this into consideration before you get an additional dog. While many dogs will do just fine with each other regardless of the size and breed differences, it could delay the bonding process or even worsen hostilities with some.

These are particularly helpful for busy canine owners who may not have enough time to practice some of the suggestions. When picking classes, pick punishment-free ones. The age of the dog shouldn't matter in these classes. Even older dogs can enjoy the classes and learn new things.

Sometimes, younger dogs get too energetic or rambunctious for the older dog, creating or worsening hostilities. What you can do here is get interactive toys or games to keep the young puppy occupied until he tires out enough not to be a bother

How to Get My Older Dog to Accept the New Puppy: Conclusion

Dogs are usually accepting and welcoming to each other after establishing territorial boundaries. However, they can also get jealous or feel threatened by a new dog's presence, and it doesn't also help that many new dog owners spare no effort to indulge in the new addition. As expected, this could make the older dog feel relegated. Thankfully, you can prevent hostilities or keep it minimal with some proven methods, and we discussed some above. Implement as many of the methods as possible, and remember to be gentle with the older dog even as it learns to be more accepting of the new addition. In no time, it will learn, and who knows, it may even end up being best friends with the new pup. 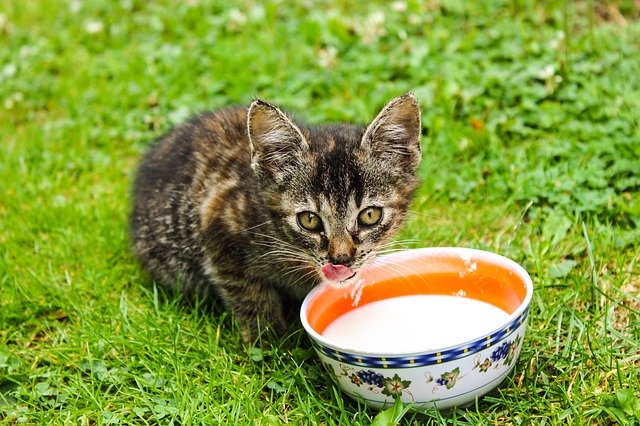 What Kind Of Milk Can You Give ... 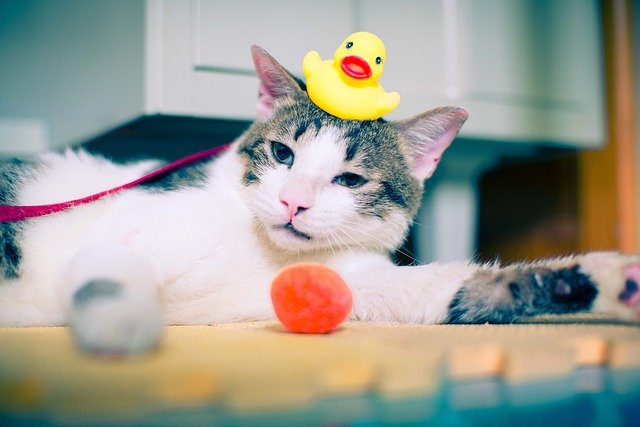 When Can You Bathe a Kitten?