Cats like the feeling of getting petted by people, which is why cat lovers love petting cats. It has also been proved that petting cats help reduce stress and blood pressure in most humans, and conversely, it lowers stress in many cats as well. Why do cats like to be pet though? What are the reasons for this? This article answers both of those questions and more.

Cats are social animals that communicate by rubbing, nuzzling, and grooming with other cats. All these actions help send pheromones to those cats, which helps easily identify one another and communicate with each other. Most cats like to communicate with human beings in their own way. Many of them like the physical touch and love that comes to them from kittenhood. You must have seen mother cats groom and lick their baby kittens to clean them and nurture them. This love hormone that surges in mother cats and kittens is called oxytocin during such actions and makes the feeling more comforting and pleasant. In the same way, petting human beings give the sensation of getting groomed and so offers a pleasurable and satisfying experience.

Cats express their love by bunting, rubbing, and nuzzling on you. They try to return your petting love by doing these actions. In short, cats prefer petting by humans since they feel good and comfortable. However,  many of them don't like to be petted.

Some cats resist physical touch or handling, even petting. It is entirely a personal preference of the individual feline. It's easy to misunderstand the signals of a kitten and end up petting the cat in the wrong way or in the wrong place where it may not prefer to be touched. Most cats are orphaned at a very young age or have never been socialized with humans. Feral, or stray cats, especially avoid interaction with humans entirely since they have been raised in an environment or colony with little or no human interaction. So these cats learn to avoid and fear humans. Although few feral cats can be domesticated to stay with human beings, they might not accept human petting.

Some cats are fickle as they seem to enjoy petting initially, but the next moment they'll start swatting, growling, biting, and hissing. There can be many reasons for such behavior. One reason can be cats may not like to be pet in a specific area, and it signals that they've reached the threshold for human petting. Human experts name this petting-induced aggression or overstimulation aggression.

If you like petting a cat, let the cat first come to you. This is more true if the cat hasn't bonded with you yet. In such a situation, cats feel afraid if you pursue or approach them, making it harder for them to trust you.

How Can You Pet a Cat?

There are both wrong and right ways of petting a cat. It will depend on both the wants and needs of the specific cat. Felines enjoy petting when it comes to them from trusted people; however, they resist petting if it comes from a stranger. Enjoying petting depends entirely on the cat's trust for you and whether they feel safe around you. Let the cat watch you and sniff you before you start petting them. Sit down to show them that you're not a threat to them. Also, relax your hands and don't try reaching out to them while you're very close. Cats can nuzzle or rub your hand, which signifies that they enjoy your gentle petting.

Where Should I Pet Cats?

Cats are different from one another; however, there are certain guidelines to follow regarding the location where you should pet the cats. Most cats are comfortable when you pet them gently on the side of their face. They'll try pushing against you to express that they enjoy the petting and attention. Often cats guide humans where they like to be petted. If you seem trustworthy to the cat or if the cat knows you, you can put it around the tail or along the back.

Cats are one of the most notorious pets that when it comes to tolerating petting from strangers along their back, so avoid doing that if you are not so bonded closely with them. When petting the feline, watch for their body language and communication signals. You should stop petting if the cat tries to arch or tense its back and move away from you. If you doubt whether to continue petting, stop and let the cat make their next move.

Places You Should Pet a Cat

Do you know the areas where the cat likes to be petted? The favorite locations are the neck, chin, and head. Some cats also enjoy the physical touch around their tails, while some will recoil as they feel pain due to tail stroke. Pay close attention and pet slowly to see their reaction and response to their touch and respect a cat's preference. The best trick is to let the kitty take the first lead and sniff your finger when approaching a kitten. If the cat wants to cuddle, it will push its face against your hand and direct you to where she prefers to be petted, such as the chin and ears. Create a warm-hearted environment by going slowly. You'll get the sign that the kitty enjoys your petting when the cat nudges you with its head or starts rubbing its cheeks against your body.

Sometimes cats like to be held in addition to human petting. They love snuggling and are responsive to getting held if you gradually start introducing them to it. If you want to approach a kitty for a hug, the best approach is, to begin with, some soft pets and then slowly pick them up. Ensure to secure the four legs of the cat to prevent detangling. You can see a cat more inclined to stay if it feels safe in your arms. If you see a car squirming and getting away from you, set it down gently and try again later. 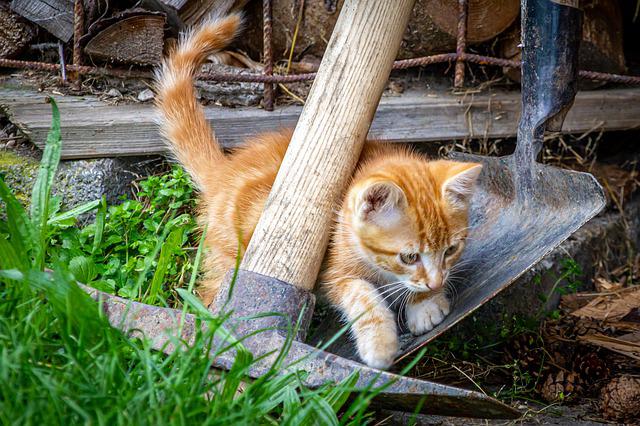 What to Do if You Find Kittens ...