Home›Dog›Why Do Dogs Sneeze When They Play?

Why Do Dogs Sneeze When They Play?

Why do dogs sneeze when they play? Is this normal at all? Should dogs even be sneezing in the first place?

If you’re a dog owner and only just observed your dog sneezing, it is normal to have question why this happens. Sneezing is normal for dogs; it is not exclusive to humans. However, unlike us, there are several other reasons our dogs may sneeze, and we’ll discuss some of the reasons in this article. We’ll also discuss ways to identify regular sneezing and things to look out for if you suspect a health problem behind your dog’s sneezing.

When Is a Dog Sneeze Really a Sneeze? Facial Wrinkle

Now, there is a vast difference between a play sneeze and a legitimate sneeze. You may have observed your dog or other dogs go into a sneezing “fit” during playtime with other dogs at the park. You may have also seen that the sneezing seems to stop when playtime ends.

First, our canines make many weird faces during play, which is especially true and common during fun activities with another dog (usually a new one). Dogs will play fight, attack their playmates, growl and show all forms of aggression possible, including putting their teeth on display. Some may even curl their lips up, giving off the appearance of a smile.

The smile-like appearance can result in a sneezing fit. This is because the facial folds and wrinkles accompanying smiling often cause some irritation in their nose. The end result of this irritation is the triggering of involuntary sneezing. Even though this behavior may alarm you first, especially during your fur baby’s play with other dogs, it is usually a sign that your dog is healthy and reacts just like he should respond to stimulants.

Dogs Sneeze to Get Rid of Irritants

Another reason your dog may sneeze is to get rid of irritants. Dogs tend to sneeze to easily get debris trapped in their nasal cavity. This comes as no surprise at all if you consider that they’re constantly sniffing around dirt and grass. The presence of the foreign object can trigger nerves directly connected to their facial muscles, causing a sneeze. Therefore, sneezing in dogs may also be described as a defense mechanism that helps them keep their nose and body protected. 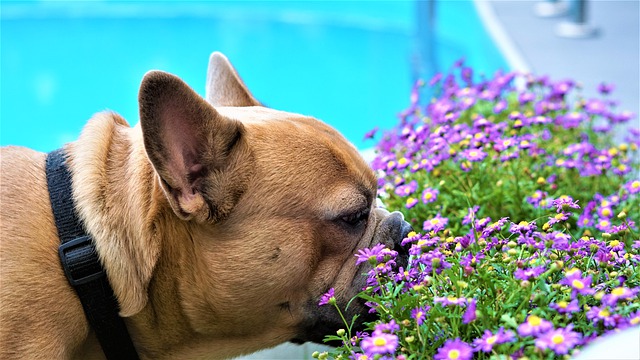 A Strong Sense of Smell

Because our dogs’ senses of smell can be up to 10,000 times more powerful than ours, they can easily get triggered by things that ordinarily would not bother you. Your seemingly mild-smelling perfume, chemicals, and of course the strongly flavored food can trigger a sneezing fit all thanks to their highly sensitive noses.

Many dog experts believe that sneezing can sometimes be our pooch’s way of responding to positive emotions. Does your dog sneeze when you arrive home? It could just be one of the several ways he lets you know that he is happy to have you home.

Canines can get easily excited and this explains why they move around quickly, run around, bark, wag their tails and curl their lips alongside several other involuntary body movements like making weird wrinkled faces. The latter triggers the nerves in the areas around the nosing causing your pooch to sneeze in response to the stimulant.

Sneezing is also believed to be a behavior used by dogs to communicate with other dogs. Our canines do not have the vocal techniques we have as humans; hence they adopted and perfected certain unique behaviors, so other dogs know their intentions at a particular time.

According to some dog experts, sneezing can be a calming cue; this is probably why your dog may only do it when around other canines. They believe that it is a way our pooches tell the others to calm down and take things easy, especially during rough play. Our pooches are not the gentlest at play, and so not uncommon to find them fake fighting or showing other signs of aggression. You may even mistake this behavior for true aggression if you're relatively new at handling dogs.

Even dogs can sometimes mistake this behavior for aggression, which is why they have to be reminded to keep it at play when things seem to get more serious. If you see your dog doing this, you most likely have a responsible and peaceful dog in your care, and you can be sure that street play fights will not turn chaotic with them.

Apart from serving as a reminder to his "friends" to take things easy, it can also be a sign that your dog is having a great time, and this can be an interesting sight. Very few things are as fun as watching pooches chase, frolic, and nip at each other in play. Their high energy level is almost second to none, and their goofy but cute little dances spiced with random sneezes can make their playtime even more interesting to watch.

When Should I Worry About Sneezing?

We discussed some of the possible reasons your pooch may sneeze, and so far, they’ve shown that sneezes are not something to worry about. However, sometimes, sneezing in dogs can indicate serious underlying problems.

While a health condition may not be the reason your pooch sneezes, it is important that you know when a sneeze requires attention. Generally, though, a couple of sneezes during play or any other activity is nothing to worry about. Frequent sneezing should, however, be looked into.

Discussed below are possible reasons a dog may be sneezing more than “normal”.

If you own a brachycephalic breed, you may observe that he sneezes more than others. Examples of brachycephalic breeds are the pugs, the bulldogs, and the Boston terriers. Because of their “naturally” compressed nasal passages, these dogs tend to have breathing difficulties their entire lives.

While this can be corrected to an extent with surgery, sneezing and snorting can be one way they try to regulate their breathing and also catch their breath at least until the surgery. These dog breeds also tend to overheat quicker than most other breeds because of their squished facial/nasal build, so they may sneeze or snort more than their long-faced counterparts.

This may be surprising considering that mites and other parasites have long been associated with other easy-to-access areas of our pooches’ bodies. Well, nasal mites can also attach to your canine’s nose during any of his many curiosity-fueled explorations. And just like skin mites, they can bite and feed off your dog’s skin, causing irritation.

Your dog may try to lessen the irritation by sneezing, but that can only do so much. It won’t get rid of it. It requires an urgent vet trip to tackle the problem before it worsens into severe scabs and rashes.

Our pooches are naturally curious, so nasal infections are common problems because bacteria and fungus make their way to the respiratory channels. Left unchecked, the infections can spread across their bodies, causing discomfort. Persistent sneezing, coughing, low activity level, swelling, and even nosebleeds can be some physical symptoms of the presence of a nasal infection.

Untreated dental infections and diseases can be a source of discomfort for your dog. It can affect their overall well-being, including the way they eat and breathe and even cause them to paw at their mouth (one of the common physical signs of a dental issue).

Because some of their teeth are very close to their nasal passage, when infections and diseases develop into an abscess, the resultant swelling and discharge can affect the passage.

Pain, swelling, and discharge from the affected area and its surroundings (sensitive areas) can set off the nerves and cause frequent sneezing. If you notice any symptoms of a dental problem, you should have a vet look at your dog immediately.

Tumors, both benign and malignant, can develop in the nose/nasal passages, and even though not painful, they can cause itching and irritation.

Also, the tumors may not be a primary cancer (if cancerous) but spread from a different part of the body. A common trigger for nasal tumor growth is secondhand smoke. Your pooch can easily inhale exhaled smoke through his nasal passage.

Again, have your vet check your pooch if you spot any growth in the nasal passage or suspect that a tumor may cause persistent sneezing.

So, How Do You Know a Real Sneeze?

It's easy to know a real sneeze from the sound. It often originates from the chest, making it loud and powerful. It may also be accompanied by mucus intended to catch the foreign body and help it out easily.

That said, your dog's sneezing is very much likely to be normal with several possible non-severe causes. If you suspect the sneezing results from an underlying health condition, you can perform a quick but thorough check for physical signs or have an expert dog handler carry out an assessment; better safe than sorry.

We hope you now have more clarity on why do dogs sneeze when they play or even just sneeze in general. We'd love to hear any thoughts or comments below if you have opinions or remarks. 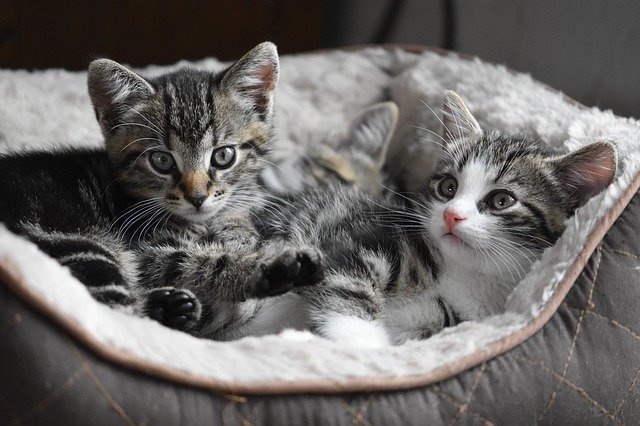 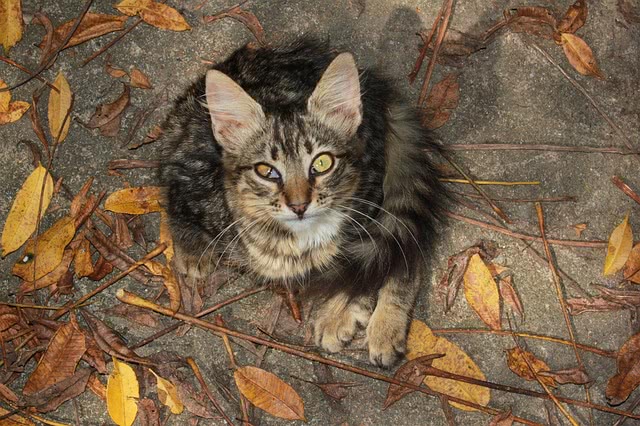 Why Do Cats Throw Up?