Home›Dog›How Long Does It Take for Puppies to Open Their Eyes?

How Long Does It Take for Puppies to Open Their Eyes?

The shut eyelids! How long does it take for puppies to open their eyes? How long before your newborn puppy finally sees you?

There are no definite answers, as this depends on several factors. And one of them is that our fur babies’ eyes are still developing even after birth. Below we’ll examine the physical development stages of your new puppy.

Our newborn pup’s eyes and ears are still closed at birth and days after. Towards the end of their second week of life, however, their eyes begin to open even though they’re still helpless at this time and need their mother and littermates to keep warm constantly.

From the 10th to the 14th day, their eyes open though they may find it hard to see clearly. At this point, you may notice that the eyes are grayish-blue with a hazy appearance. The development continues over the next several weeks until your pup finally reaches his full vision, usually around the seventh to eighth week of life.

Why Does It Take Puppies so Long to Open Their Eyes?

So, why does it take our fur babies so long to open their eyes? As said earlier, this is because of several factors. One of them is that, unlike herbivores that come out fully functional so they can run with the herd to escape predators, dogs are predators themselves.

Not only would long pregnancies affect the mother dogs’ abilities as predators to hunt and survive, but puppy canines also need to continue developing in the interest of their species’ survival.

Another reason is that our canines’ central nervous systems are yet to be completely formed. While the spinal cords, brains, and nerves are all present in the newborns, the nerves at this point cannot transmit electrical impulses effectively as they’re yet to be coated sufficiently with myelin. Myelin coating takings several weeks on average in normal canine puppies (myelin is the fatty layer that transmits messages along the nerves)

Also, our puppies’ optical nerves, like the rest of the central nervous system, are still developing. This, in turn, makes them extra sensitive to light.

The eyeballs on their part are also in the developmental stage, and the sealed eyelids help to keep the nerves, membranes, and other delicate organs fully protected from grit and light.

Don’t try to force it open even if it seems the rest of the litters’ eyes are open or because your first pup’s eyes opened earlier.

The ears also begin to open around the fourteenth to eighteenth day though the hearing still continues to develop until your pups are about eight weeks old.

As they are still weak and their legs still tiny, newborn pups cannot fully support their weight for the first two weeks of life.

So, all you may find your pups’ doing at this time is scoot, push and paddle with their legs or crawl around on their bellies. These movements help them build strength until they can stand on their legs, usually between days 15 – 21, before developing into a wobbly gait around 21 – 28 days after their birth.

Like human newborns, our pups are born without teeth. Their first set of teeth, known as the “baby teeth,” is usually visible around 2 – 4 weeks of age and remains until around their eight weeks of life. A mpre in-depth article regarding puppies and their teeth is available here.

In the first few weeks of their lives, your pups would require stimulation from their mother to urinate and defecate.

Facts You Should Know About Puppy Eyes

Now you know why puppies seem to take so long to open their eyes. We’ll look at some interesting facts about puppy eyes in the following lines.

So why you may wonder how long it takes for puppies to open their eyes, remember that it is for the greater good. Hence, you should never try to force or hurry the process.

The wait is worth it; you’ll get an adorable, bright-eyed, and healthy puppy at the end of it all, so be patient. 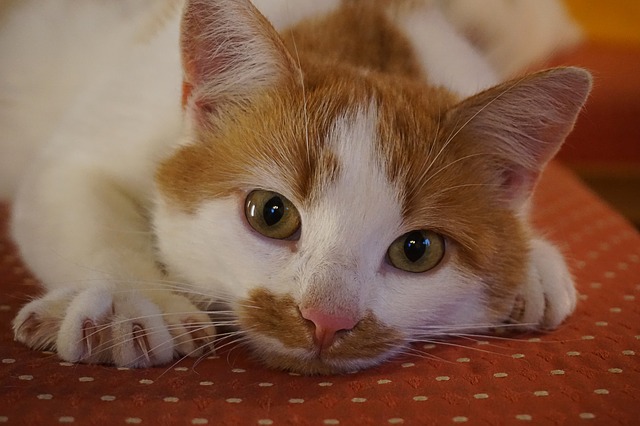 How Many Claws Does a Cat Have?