What comes to your mind when you hear the term “tabby cat”? For different people, the term usually means different things. One popular perception is that tabby cats are a breed of cats, a complete misconception, of course, as tabby cats are not a breed but a reference to feline colorings. In this article, I’ll discuss some things you should know about the tabby cat, the types of tabby cats, and some common tabby cat breeds.

As said earlier, tabby refers to feline coloring/coat patterns. However, the name’s origin is believed to have come from a certain type of striped silk known as “atabi”; produced in the Attabiah, in the Middle East. The term later used to refer to the coat of the “tiger cat” after the silk’s arrival in Britain. Soon after, this feline type became known as the “tabi” cat and then evolved to “tabby”.

What Is A Tabby Cat?

Tabby cats are often believed to refer to a particular cat breed even though they aren’t. As discussed in origin, Tabby is used in reference to the coat patterns. This, therefore, means that tabbies can be present in several cat breeds. And not just that, even with the patterns, they still cannot be classed into just one group as they come in different colors and sizes and come in various designs.

There are several variations of tabby cats, and I’ll discuss some major and commonly found ones below. However, note that the tabby pattern gene can be found in virtually every domestic cat because they are pretty common. All you have to do is look closely enough for some of the markings that we will discuss here. Though often hidden, they’re still obvious enough to help you correctly identify a tabby.

Arguably one of the commonest tabby types, the classic tabby patterned cat is blotched or marbled. Cats with these patterns have swirls all over their bodies and the rings around their legs that are much wider than the mackerel tabby type, which we will discuss next. The pattern of the tabby cat is usually compared to a marble cake or bullseye on the target.

You can identify the mackerel tabby cat by the narrow parallel stripes running up and down the cat’s sides. The design or pattern is commonly described as fish skeleton-like. It is also a common belief that the original tabby cats had these skeleton-like patterns.

These tabby types have more than one pattern on their bodies. This is usually a mix of splashes and some patches of tortoiseshell and calico coloring next to the tabby colors and pattern areas. These cats are typically called “torbies” (if their patterns contain a mix of tabby and tortoiseshell colors) and “calibies” or “tabicos” (if they have a mix of tabby and calico patterns).

You can also find other patched tabbies that are blue, brown- or silver-colored tabbies with red or cream patches on their fur.

Instead of stripes, the spotted tabby has spots that resemble a series of small round dots. Some other tabby types can have rosettes, though this pattern is more common in the Egyptian Mau, Bengal and Maine Coon breeds.

This tabby pattern is a lot less noticeable than most tabby patterns and can be found on cat breeds like the Somali and the Abyssinian. The fur resembles the ticked, stripeless pattern present in squirrels.

Another name for this pattern is the “agouti” or “agouti tabby,” a term that is used in reference to the agouti gene credited with producing hair with more than one color on a strand. Another pattern characteristic of ticked or agouti pattern tabby is the striping contained on their legs or tails and a dark stripe that runs along their back above the spine.

Felines with this pattern often have Siamese colorings and tabby areas. This is usually a fawn-colored face with the body, legs, and tail showing faint tabby markings in the tabby areas. They are referred to as lynx point patterns because they resemble wild cats. You can commonly find this pattern in the following cat breeds Siamese, Balinese, Birman, Himalayan, Colorpoint Shorthair, and the Ragdoll.

Tabbies have unusual but attractive facial markings, almost like a tiger’s, unlike many other cat types. I’ll outline some of the common facial features below.

One common facial feature of the tabby is the distinctive letter “M, ”, which can be noticed on their foreheads between their ears. It is still unclear how it came about unless we have to rely on myths and legends suggesting that it was bestowed on a brave and deserving cat by the Prophet Mohammed or, as some other legends suggest, the Virgin Mary.

Another distinguishing tabby facial feature is the eye markings. These consist of long stripes of “eyeliner-like” marks on their cheeks. The marks bear a resemblance to the “Eye of Horus” sign, and many believe that it has adopted the sign from the cat. On some tabbies, you may also notice pale areas of fur around the eyeliner, making it even more apparent.

Other Tabby Features Include;

Some tabbies have a particular pattern on their shoulders that is commonly described as butterfly-like.

Tabbies often have horizontal and bracelets-like stripes on their legs around the paws.

Most tabbies will have a dark stripe running from their shoulders down to the base of their tail passing through the spine.

You will find tabbies in all shapes, sizes, and colors. Below are some brief outlines and descriptions of some common and popular tabby breeds known today. 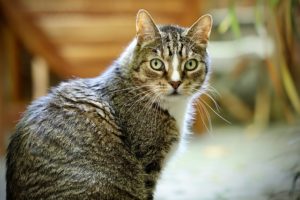 Compared to many other breeds, the Domestic Shorthair has very minimal genetic health issues. However, because of their mixed breeding, it’s hard to tell exactly how they’ll be personality-wise.

While we know some domestic shorthairs to be great around kids, the same can’t be said for all. But generally, though, they’re known to be vocal and outgoing though a few may be extremely shy at first.

That said, if you’re looking to own a tabby, they’re worth considering. Plus, they come in almost every tabby variety and almost all possible feline colors.

With the bobbed tail as one of its most distinguishing features, the American bobtail cat varies in size and can be found in any feline color. Bobtails are some of the most popular tabby-patterned cat breeds, though they may usually appear as classic swirled patterns. 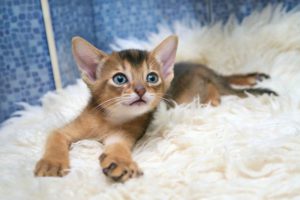 Possibly one of the most versatile feline breeds ever, the Abyssinian though tabby often is of the agouti ticking variety in pattern. This pattern gives them the wild, stunning and shimmery appearance. 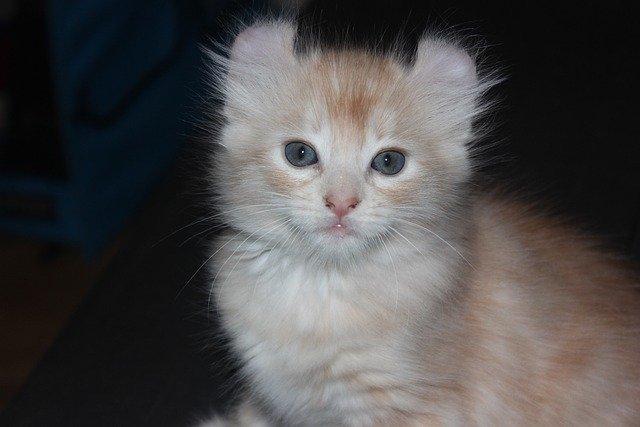 This feline type can be found in almost every color and pattern, including tabby. While often dominant in this breed, the tabby pattern would appear in at least a few parts of the body in cases where it is not the dominant pattern. 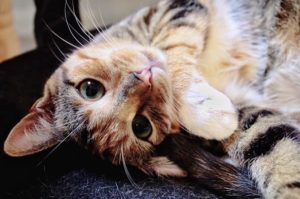 One of the cat breeds raised specifically for their fancy looks, the Ocicat, resembles the ocelot. However, despite their wild and exotic appearance, the breed is completely domestic and, of course, a tabby cat! 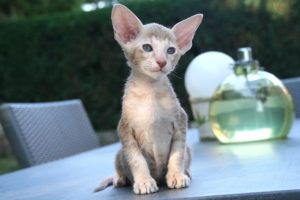 With their unmistakable Siamese body type and large almond eyes and big ears, the Oriental cat comes in several colors and tabby patterns. This is also one of the unique ways we can differentiate them from other tabby types. If you’re looking to get a tabby, the Oriental is an excellent option with its diverse tabby types. 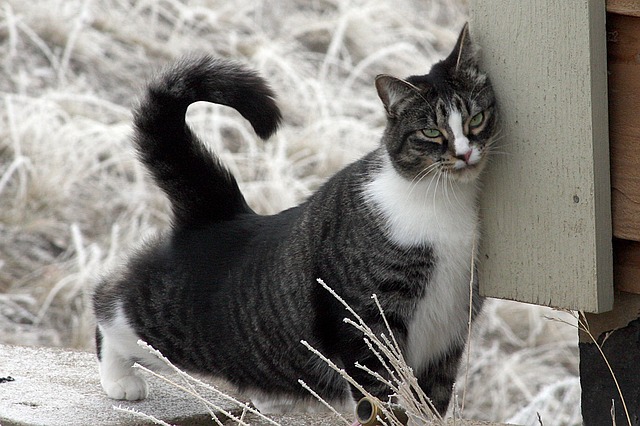 Another popular tabby breed, this cat is low maintenance with a hard-to-miss classic tabby pattern and a great personality to match. It is perfect for homes with kids.

Again, tabbies are not a separate cat breed. They are present in more than a few known cat breeds and can come in several colors, including ginger, orange, brown, white, grey, and cream.

They are easy to identify by their fur pattern that could either be spotted, striped, ticked, or swirled. While they share similar personalities with many other cat types, some believe they’re generally more outgoing and friendly, making them excellent house pets for homes with young children. 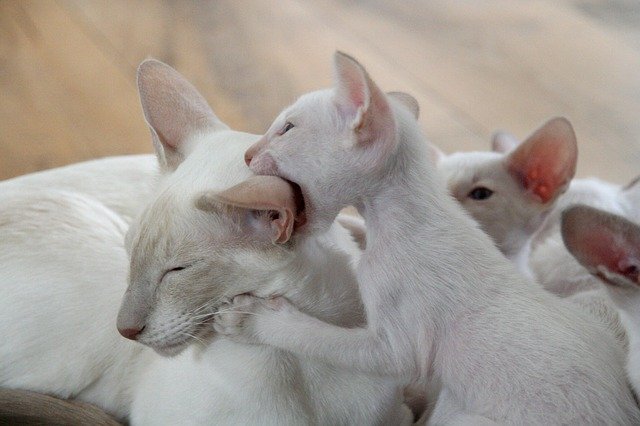 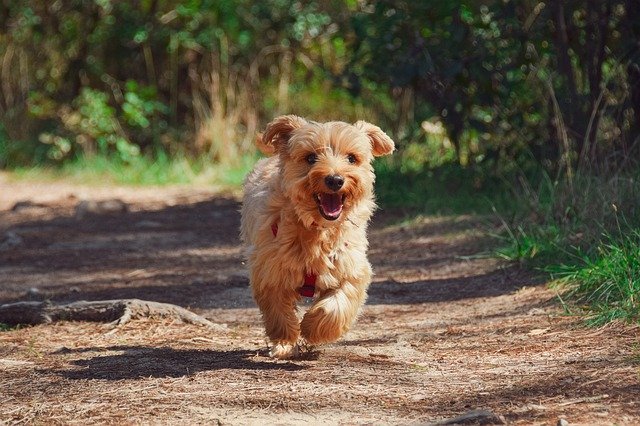