Home›Cat›When Can Kittens Leave Their Mom?

When Can Kittens Leave Their Mom?

When is the right time to separate kittens from their mom?

Just like you would with any other pet, you want your new kitten to enjoy as much time as possible with its mother. If you’re getting your new kitten from a breeder, hence needing to separate them at a very early stage, it is important that you consider how the action affects him both now and in the long run.

There are certain behaviors that our kittens will only learn from playing and socializing with their mother and littermates, and cutting their relationship prematurely will only get in the way of learning these behaviors.

So when can kittens leave their mom? We’ll discuss all of that and more in this article.

How Soon Should Kittens Leave Their Mothers?

While you probably don’t want to bring an older cat home if you are looking for a long-term pet, you also do not want to bring home a kitten too early as this can do more harm than good to the cat.

When is the right time?

At around the fourth week, feline mothers will naturally begin to wean their kittens. Even at that stage it is still too early to bring home the kitten. This is because the weaning process can take another 4 to 6 weeks. During this time, even though liquid formulas may have been introduced, the young kittens will still latch onto their mother occasionally.

The Earliest a Kitten Can Leave Its Mother

While you may want your kitten to stay as long as is needed with the mother, the conditions on ground may leave you with no option. Despite this however, you should ensure that the earliest your kitten leaves its mother is 4 weeks old.

Why the Wait Is Necessary

As mentioned earlier, felines just like other pets, learn the essentials better early on in their life. And this they learn from playing and socializing with their mother and siblings. When separated too early, kittens miss out on this highly important learning stage. Plus, kittens may become insecure about their new surroundings and adapt poorly. Below, I’ll outline some major reasons you should not separate a kitten from its mother and siblings prematurely.

For proper growth and overall development, breastfeeding is essential.  During the first few days, the feline more secretes colostrum, the first milk. Your kitten has to take this because aside from being abundant in beneficial nutrients, colostrum contains immunoglobulin; immune defenses that help to protect the young kittens from infections and diseases.

Lactation milk is next. This is also rich in nutrients that provide the young kittens with some level of immunity to fight off and reduce the risk of infections. The milk also contains enzymes, hormones, and other substances necessary for the kitten’s growth.

Kittens usually are mature enough to explore their environment from the second to eighth week of their life. At this stage, they also begin their first social relationships where they learn to interact with other cats, pets, and humans.

Kittens allowed to fully socialize at this stage are usually friendlier and more secure when finally taken to their new homes.  They are also less likely to develop behavioral issues such as aggressiveness, excessive shyness, or several other undesirable behaviors.

What Happens If a Kitten Is Removed From Its Mother Too Early?

When kittens are separated too soon from their mothers, it can come with some serious consequences. Above, I mentioned colostrum and lactation milk and their benefits for overall development. The nutrients in these milk types are responsible for eye health, bone development, and organ development amongst others. This, therefore, means that kittens become prone to health issues in the future if they are removed too soon from their mothers.

Aside from the health concerns, kittens that are separated too quickly may also develop behavioral issues. Mother cats naturally set their kittens straight by teaching them lasting lessons. They also give off calming pheromones.

Felines taken too early from their moms may also find it difficult to adjust to their new homes resulting in extreme timidity or shyness. The cat may also lack the skills required to communicate with the other cats and pets in the home.

When kittens are left to be with their mother until they are mature enough to leave, mother cats know instinctively that their kittens will be safe without her. This means she is less likely to become sad or depressed subsequently. If, on the other hand, the kittens are separated too soon, she could suffer from severe depression and search desperately for her kittens in and around the house. If kittens have to leave earlier than recommended, cat experts recommend that the kitten’s space and all it contains such as the blanket, cushions, and utensils are washed to remove their smell to quicken the mother cat’s recovery.

Health Issues in the Mother Cat

Even after a cat mother weans off the kittens, she cannot be separated from them straight away. Mother kittens can suffer from mastitis – an infection of the breast due to milk accumulation. Therefore, separation has to be carried out separately. This means that the kittens are removed one by one from their mothers. 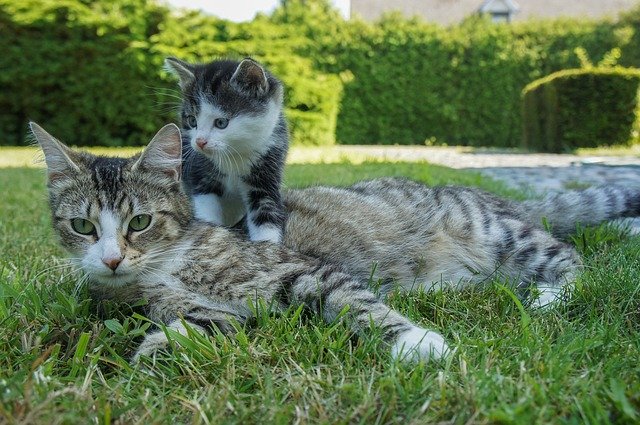 Separating a Cat From Its Mother

As said earlier, feline moms naturally begin to wean their kittens off at around the fourth week. At this stage, you too can start playing your role to encourage the feline to wean. Do this by offering small portions of wet food prepared in pieces of tuna (or any other fish) or meat. Now, don’t force them to eat up the foods as most would naturally feed more on it from their eighth week.

After the 8th week, you may offer these meals more regularly and also combining wet food with dry ones.

At around the 12th week, the kittens should begin eating on their own even though the mother still breastfeeds them. At this point, you’re certain that even if they’re finally weaned off, they will not suffer deficiencies in nutrition. This is also the best time to teach kittens how to use a scratching post and also litter-train them.

Games and fun stimulating activities are also important at this stage to improve their mental health and physical fitness.

Before Your New Kitten Arrives

Kittens are naturally shy animals, and in an unfamiliar environment, it could be amplified. Be patient with your kitten when it arrives. Be gentle, kind, and let it explore all it wants. While it would need a warm area to sleep, you should also note that extremely hot areas can be a health threat even for a young cat.

Another thing you want to do is schedule an appointment with your vet for a thorough health check and to update your kitten’s immunizations.

Preparing Your Home for the New Kitten

Before you bring your new kitten home, you have to put certain things in order. The first is kitten-proofing your home. Cats will get to every and anything if not kept away from it. This may mean placing plants and objects above its reach and hiding away things that could attract it.

You should also put away chemicals and other potentially toxic materials from within the reach of the kitten.

Get one or two cat litter boxes, some food bowls, drinking bowls, and toys. Also get a good quality food, scratching post, and name tag ready before the kitten’s arrival.

What If the Mother Cat Is Not Around?

Certain conditions may not allow for the new kitten to remain until it is fully ready for separation. These conditions include death or poor health after birth, death from accident, or simply because the litters were abandoned at the shelter.

If any of the above occurs, your kitten can still live a normal life. All they need is the right nutrition, care, and comfortable shelter. Nutrition may come from foster-lactating or bottle feeding with kitten milk replacement formulas. While the latter cannot be the same as the real milk, it is manageable.

Kittens removed early from their mother and bottle-fed have to be fed and cleaned often ,and this as expected, is a huge time commitment. These kittens would also need vet care and nutritional supplementation early in their life.

When and if possible, kittens should remain with their mothers until they are matured enough to cope without her care and this is usually from the sixth week. There are several reasons why this is recommended, and they are discussed above.

However, because certain conditions may affect when kittens can leave their moms, they must be well-cared for when they leave their mother earlier than what is ideal. Human care at that early stage may not compare to a feline mother’s care but it can go a long way when combined with lots of love and dedication. 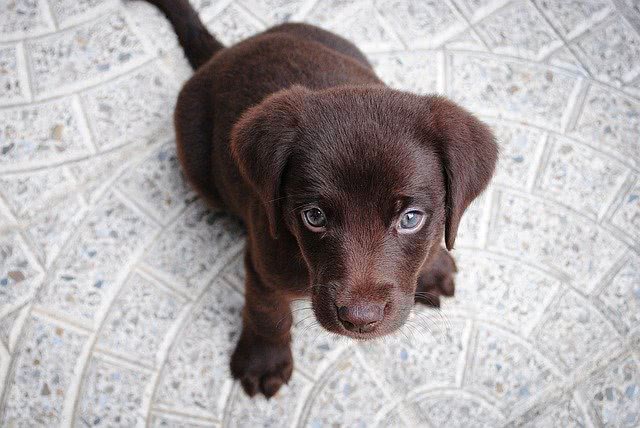 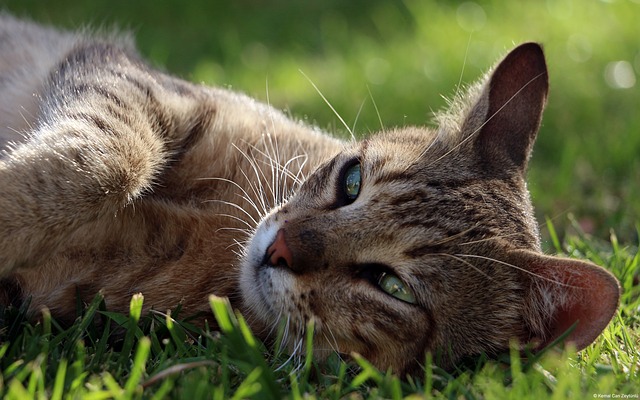