Why Don’t Dogs Have Belly Buttons?

If you have been asking yourself this question, here is some surprising news for you! Pups and dogs do have belly buttons, but they are not as visible as they are in humans. In this article, we will understand more about how the belly buttons of dogs look, why they are used, and when you need to consult a vet concerning your pet's belly button appearance.

Dogs Do Have Belly Buttons!

Dogs, like humans, are placental mammals, meaning they have a placenta. A mother dog carries her pup in her belly throughout the gestation period like a human. The puppy derives its nutrition from the mother through this umbilical cord. While all of these points are the same for human babies and pups, there is a significant difference in the way in which this cord is cut off from the little one's body.

In humans, doctors or the baby's father cuts off the baby's umbilical cord. However, in the case of dogs, the mother dog chews up her umbilical cord from the baby's body. So, only a small scar remains in the place where there was a cord. In about two to three days after the pup's birth, even the stump (the area on the pup's body from where the umbilical cord was chewed off) gets dried up, and it falls off from the pup's abdomen. Therefore, a small slit or scar is all that you can see in your dogs.

Why Are Belly Buttons Not Visible in Dogs?

While humans have huge, rounded belly buttons, it is not the case with dogs. As we saw in the earlier paragraph, this is only a minimal scar in dogs, and since humans are obviously much larger than dogs, belly buttons are visible on them. Also, as a pup grows, fur develops on its body. So, it makes spotting belly buttons even more difficult than earlier as the small scar gets easily concealed inside the coat.

Where Can I See Belly Buttons in My Pups?

Though belly buttons in dogs are not visible, you can still feel them if you are curious to know where exactly they are. Like humans, dogs have their belly buttons in their navel region. Keep your hands right in the middle of your pup's abdomen, at the base of the animal's rib cage, to feel this small scar. You should also be able to feel the small tuft when you give your pup belly rubs.

Right after a pup is born, you can also check for the shape of its belly button if you are interested. Unlike humans, dogs have small, oval, or circular wrinkles in their navel area with a flat scar, like belly button. Once your pup starts growing fur on its body, it is difficult to see its belly button; you may only be able to feel it.

When Should You Be Concerned about Your Dog’s Belly Buttons?

You might already know that humans have two types of belly buttons – innies and outies. Though outies are pretty rare, they don't indicate any serious issues in humans. However, you cannot apply the same rule to dogs. As the belly buttons of dogs are very small and almost invisible, it is quite normal for them to have innies.

On the other hand, if you notice a protruding scar in their belly region (like outies in humans), even after they have grown fully, it is a cause of concern. In the early stages of your pup, you can see the belly button, but as it grows and fur develops, you will not be able to see this. If this scar appears to be protruded in your pup or dog's belly area, it could be because of some serious medical issues, as explained below. You shouldn't waste any time visiting your vet in this case.

My Dog Has a Protruding Belly Button. What Medical Issue Could It Have?

Your vet is the most qualified person to tell you what problem your pup could be having when it has a protruding belly button. However, according to pet experts, when your dog has a lump and thick tissues in the belly button region, which causes the area to extend out, it could be due to one of these three medical conditions.

Mostly, protruding belly buttons in dogs is due to an umbilical hernia. When a pup's abdominal walls don't close properly in the early stages of its growth, it can lead to this condition. In most cases, the problem gets solved on its own. However, this happens only when a small opening is left at the time of the pup's birth.

Unfortunately, the abdominal walls won't close independently when the opening is too big. When you don't seek medical help right away, the pup runs the risk of its intestines falling out of this opening. A vet would immediately perform surgery to close this and stitch the abdominal walls together. The vast opening and the lumpy tissues in the belly button can also cause pain and discomfort to the canines. It might be interesting to know that some breeds of dogs are more likely to suffer from umbilical hernia than others. They are Beagles, Pekingese, Basenjis, and Airedale Terriers.

Even when the umbilical stump is drying, bacteria can get enter your pup's body through the leftovers of the umbilical cord that remains in its body. This can lead to puss formation in the belly button area of dogs. As a result, the area becomes red and painful. You can feel the lumps of swollen tissues inside your pup when you touch the middle of its abdomen. So, it looks like its belly button is protruding. Due to this swelling, your puppy can also develop a fever and become lethargic.

This is the condition known as an abscess. While these bacterial infections can affect any part of the pup's body, its belly button area is more prone to this condition. Please visit the vet immediately when you notice a red, lumpy, and inflamed area around your pup's abdomen. The vet will thoroughly clean the area and prescribe medications to eliminate bacterial infections. Once the infection has cleared, your pup's stomach and make its belly button go back to looking like that small scar again.

In rare cases, pups' outward and bulging belly buttons could also be due to tumors. Your vet will take a sample of your pup's skin from this area to observe if the cells have tumors. Tumors can be cancerous or non-cancerous. Your vet will then start the treatment based on the type your puppy has. However, the possibility of tumors is rare in pups, especially those due to protruding belly buttons. Therefore, you don't have to worry too much.

As you can see from the above sections, dogs have belly buttons, but they are small and well-concealed behind all those furs. When you spot abnormal-looking belly buttons (lumpy, swollen, and protruding), you must visit the vet without further delay; this can ensure that your pet gets the right medical help at the right time. For example, even though umbilical hernia is quite common in pets, you still have to take your pet to the vet to understand if its abdominal walls are in a condition to close automatically or if it needs surgery.

Diagnosing issues due to belly buttons at the early stages (within a few days or weeks of your pup's birth) is extremely important, as it can prevent life-threatening and painful problems for your dogs in the later stages. Also, when you are getting a new pup home, you should get a thorough check done with the vet to be sure that it is free from all umbilical cord-related issues. This will give you peace of mind as you don't have to check for protruding belly buttons throughout the growing stage of your pup's life. 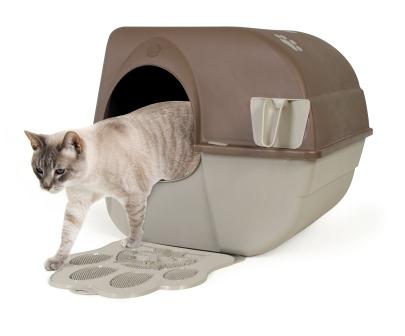